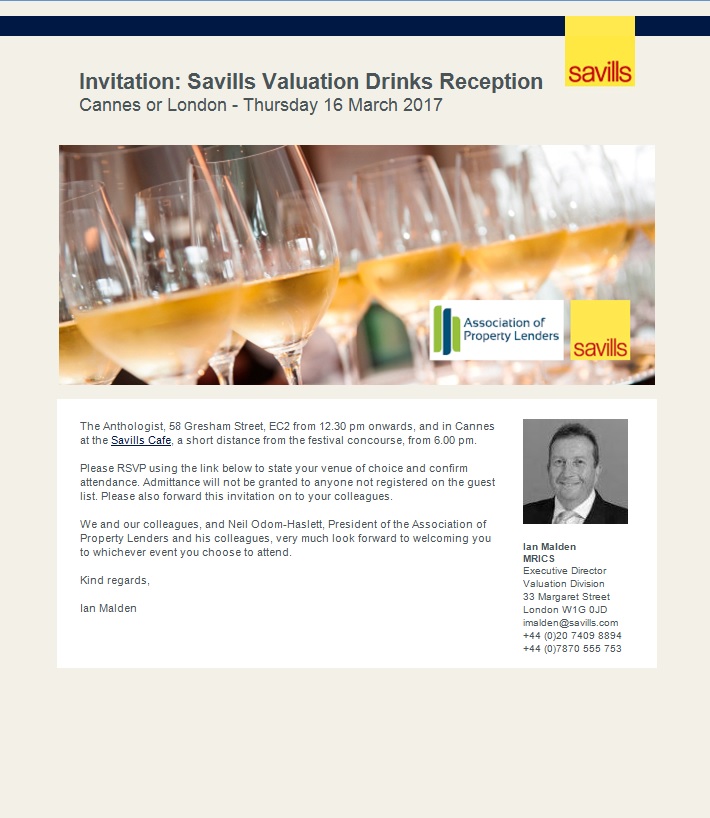 
Savills valuation team were once again delighted to jointly host its London annual industry drinks reception on 16 March with the Association of Property Lenders. The event, held at The Anthologist 58 Gresham Street London EC2, which is now an established fixture in the lending market diary was another huge success this year welcoming over 340 banking and other lending institution clients.

Another Savills event was held in tandem in Cannes as part of the MIPIM conference week.  Record attendances were seen at both events.

The mood and discussions over drinks and canapés were generally positive helped no doubt by the glorious sunshine in the South of France.

The APL would like to thank Savills for organising the events and without their tremendous support these would not have been possible so please think of Ian Malden, Norman Simpson and Nick Hulme if you require any valuation advice in the future.

Savills and the APL look forward to continuing this success in 2018.

The APL
We are delighted to give @MomentumCharity £20,000 from our Fund Raising Dinner - the largest single amount donated… https://t.co/eIo45w5Hrw
one year ago
The APL
Come and attend the next @APLenders event hosted at @BurgesSalmon on 2nd April covering problem loans and borrower… https://t.co/K2q0biVehx
one year ago