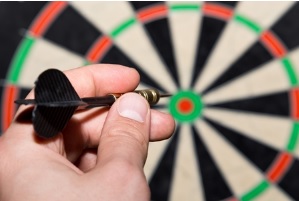 Catering to the sportsmen among us, the second annual APL Darts Evening took place on 28 September!


Kindly sponsored by Burges Salmon, this has become the APL event to attend.

With 65 members putting an appearance in and 12 teams entered, a knock-out 501 darts competition involving some lengthy and at times rather painful attempts to hit a double… led to the imaginatively titled winners – Situs! Well done, Dean Harris, Joshua Phillips, Chip Good and Michael Taylor.

Run by the West of England Darts Professionals on the top floor of the Fable, the night is a great opportunity to practice one’s maths and catch up with fellow members. The usual suspects were ushered out of the venue at the end of the night.

See you next year!